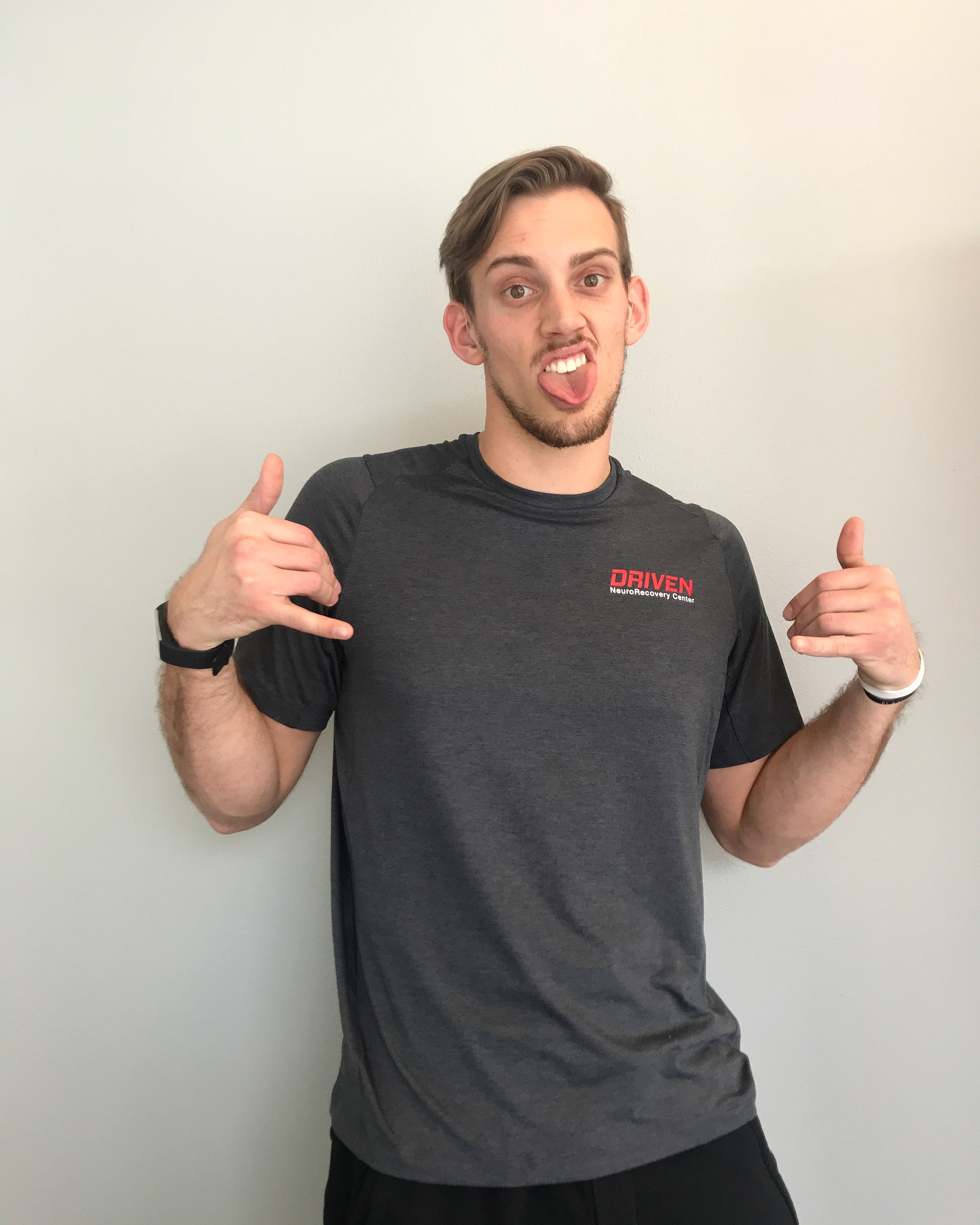 My name is Caleb Houston Pitman and I am an Activity-Based Trainer here at DRIVEN Las Vegas – NeuroRecovery Center! I was born in Memphis, Tennessee where my parents found out early on that I was born hard of hearing with moderate to severe hearing loss. I was raised in Henderson, Nevada since I was about 6 years old. (So, I definitely consider Vegas to be my home). I was always involved with the youth ministry at Hope Church, as well as involved myself on mission trips locally and globally (Canada and South Africa). I completed and graduated from high school in southern Nevada at Lake Mead Christian Academy (LMCA) in 2013. While I was at LMCA, I was involved with sports as part of my extracurricular activity, heavily focused on basketball.

I was able to get recruited by a Division II school program in Jackson, TN at Union University where I played one year of basketball before I had lower back surgery, which led to the critical decision to end my competitive career in the sport. I moved back home to Vegas and finished the majority of my schooling from UNLV, where I graduated with a Bachelor of Science in Kinesiology and a minor in Business Administration.

I chose Kinesiology because I grew up playing sports, and I naturally developed the motor skills needed relatively more natural than the next person. As I grew up loving more and more sports, I was always fascinated with the idea to optimize movement. As an avid fitness enthusiast, I thoroughly developed a passion for movement, nutrition, holistic well-being, etc. And I love to workout – A LOT. I worked at an outpatient physical therapy office called Synergy PT for over 2 years as a PT Technician, and so I was always around the health industry.

Being completely transparent though, I never considered working with a population consisting of SCI, TBI, ALS, muscular dystrophy, stroke, and many other neurological disabilities. My story with how I even got involved with this wonderful community is very unique. I was 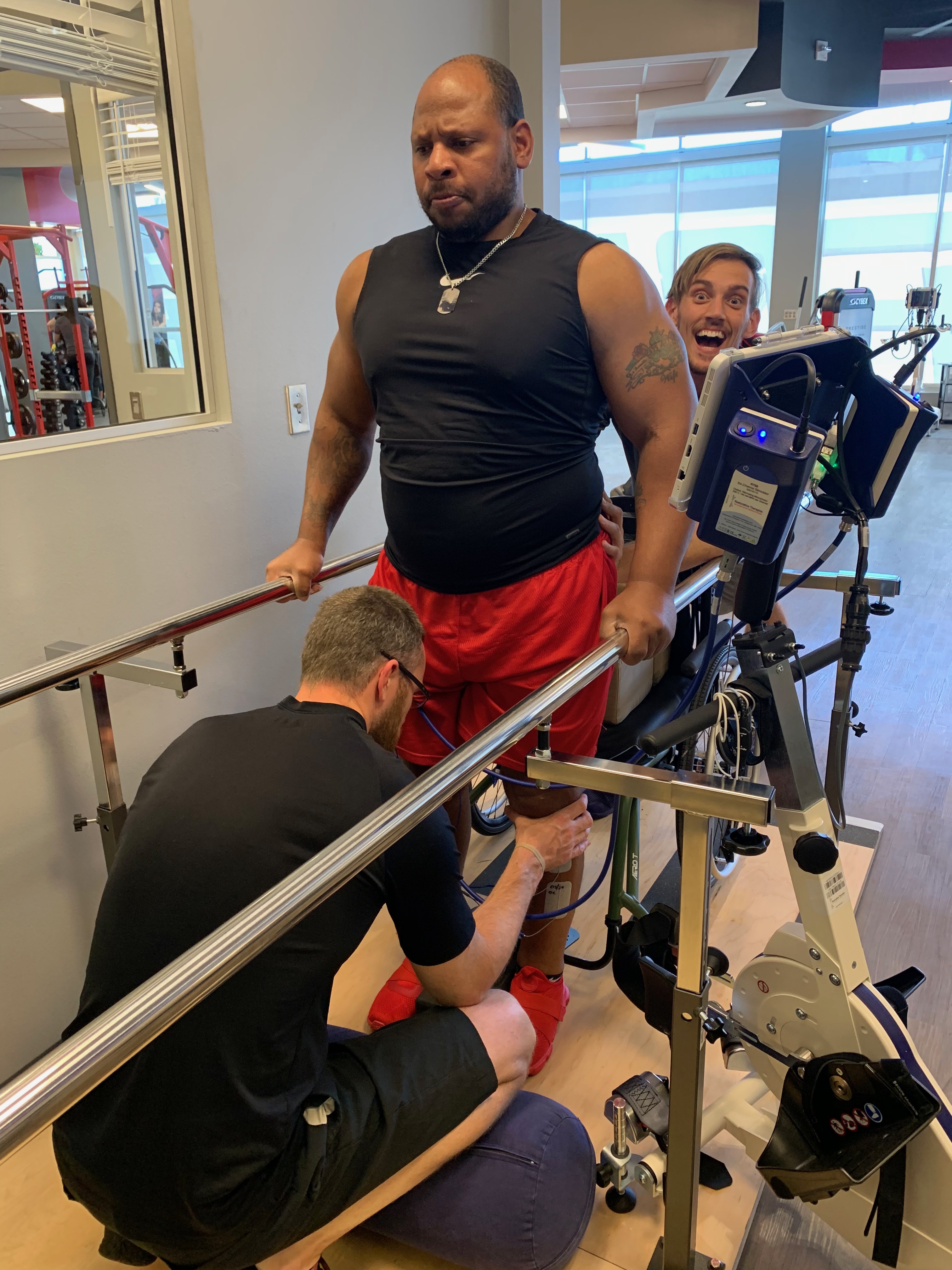 having coffee with Sam Schmidt’s daughter, and she mentioned to me that her dad was opening up this neurorecovery facility. My pursuit at the time was concrete to earning my Doctorate’s in Physical Therapy, and she had asked me if it was okay if she could give my info to her dad. At the time, I’m under the assumption that this facility was going to open up within the next few years, NOT a month after my convo with his daughter. So I was contacted by Sam, and we discussed greater details about DRIVEN after one of our Christmas Eve services at Hope Church. So my interest was definitely peaked quite a bit, but understand I’m still under the process of having sent in applications for PT programs all across America. So he invited me to come check out the facility in early January to do an official tour, to try to convince me more to just forget PT and go work for him. In the back of my mind, I had NO idea this was low key an interview. (We always joke about this looking back now haha). So one after another, I was getting rejected by these PT programs, and I was just becoming more and more confident that DRIVEN is where God wanted me to go. So after I got my last rejection from the eighth school I had applied for, I immediately called Brandi Kurka, the Executive Director at DRIVEN, and basically said, “I’m in!”

Since early February, I quit Synergy, and have been working my way up to develop my ABT skills in order to recover specific networks within each client’s body. What I have learned at DRIVEN so far – whether it be from the other trainers, some of the yoga trainers we have 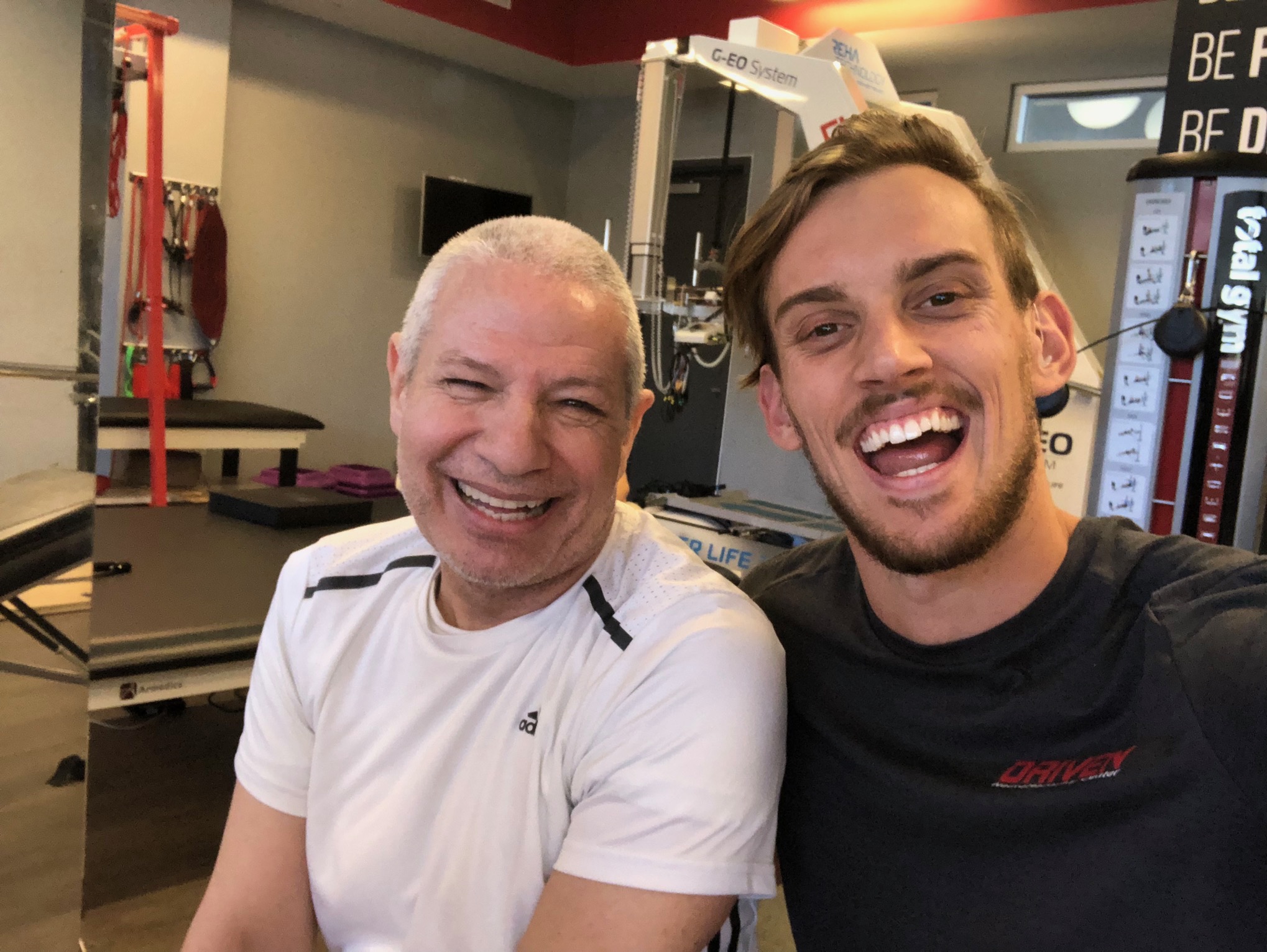 partnering with us, or from the clients themselves – has been INCREDIBLE. They have taught me to be patient with the process to recovery, how to adapt a training regimen on the fly, what parameters to adjust to maximize recovery, and so much more. I look forward to growing and further discovering everything I don’t know. My biggest thing is claiming more confidence in my ability to train our clients and give them the best through genuine love and a passion to work hard for them. I understand what it’s like to live with something that seems unfair. I wasn’t given a chance to live a day where I didn’t have to wear hearing aids at the expense of me not being able to hear. But what I can show to every client is that they have purpose and they’ve got to keep fighting for it. Life is hard, but at DRIVEN, I want them to be driven. They should leave every session feeling worked out, feeling accomplished, but most importantly, feeling loved. For I can push someone as hard as I can, but without love, it is meaningless. “Love your neighbor as yourself” (Mark 12:31). #DRIVEN 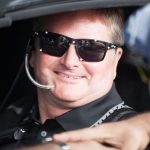 THE ROAD TO DRIVENABOUT US