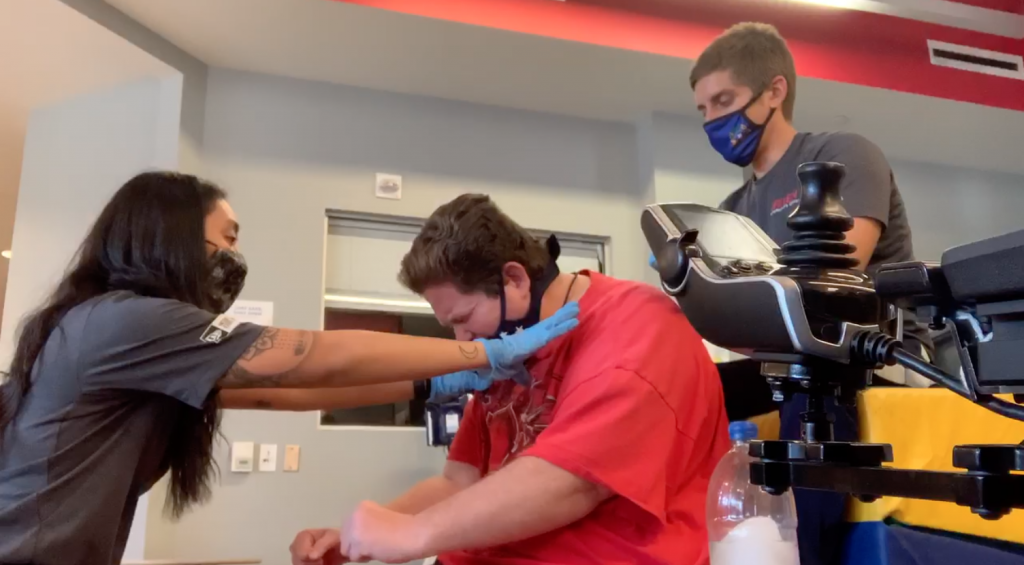 In honor of Spinal Cord Injury Awareness Month for September, we are featuring a truly incredible member here at DRIVEN NeuroRecovery Center! Mr. Eddie Haney Jr., age 40, has lived with a T3 level Spinal Cord Injury for almost 15 years – in fact, the 27th of this very month will be the 15th anniversary of his head on collision with a drunk driver that fateful morning.

Having lived in Las Vegas, Nevada since soon after his accident, Eddie spent the earlier years o 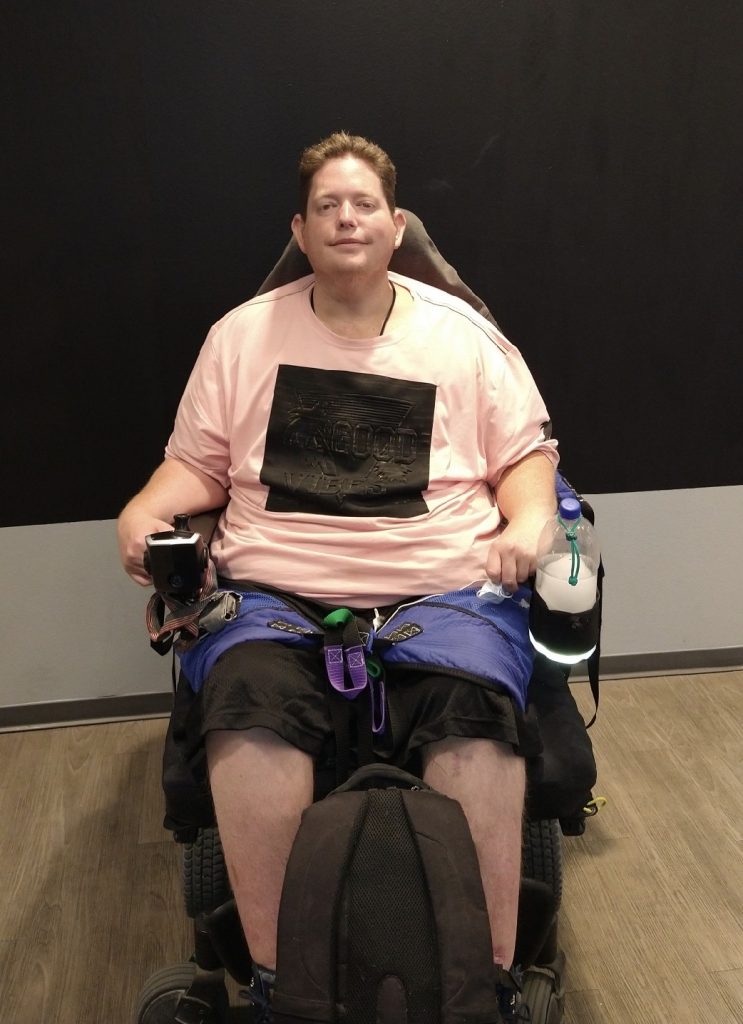 f his adulthood in Georgia then Melbourne, Florida. He has an Associate Degree in IT-Visual Communications and had been working as a pharmacy tech at Walgreens for three years, then management, up until 2005. “I ended up in Las Vegas 15 years ago. My mother had just been transferred here when I had my car accident. So, when I was able to be moved, my family brought me out here for rehab and to help repair my life,” says Eddie.

When talking about his accident from 2005, Eddie explains that it was merely forgetting his keys that set him back by just five minutes – eventually leading to the one minute that would change his life indefinitely.

I was rushing to work when I locked myself out of the house. I had to bang on the door until my roommate woke up so I could grab my keys. This put me behind by 5 minutes. I was on the highway behind a dump truck doing 50mph. We were both in the left lane and I was hoping he would move over so I could pass him. All of a sudden, he moves right and everything from that moment on goes dark until I wake up 6 weeks later…

Eddie eventually came out of his induced coma to find a tracheotomy tube in his throat. Being brought up to speed with what happened, he learned that he CODED FOUR TIMES just on the way to the hospital. It’s to no surprise that Eddie also had six broken ribs, a fractured pelvis, and both lungs punctured. Doctors had even told his family to not expect him to be alive by the time they would arrive in state to see him.

While there are many challenges Eddie has had to learn to overcome, re-learning to breathe was one of the scariest of them all. [T]o be feeling like you cannot get enough air not because you are underwater but because you cannot get your lungs to work right is terrifying. After about three weeks of daily exercise I no longer needed the ventilator and was breathing on my own. 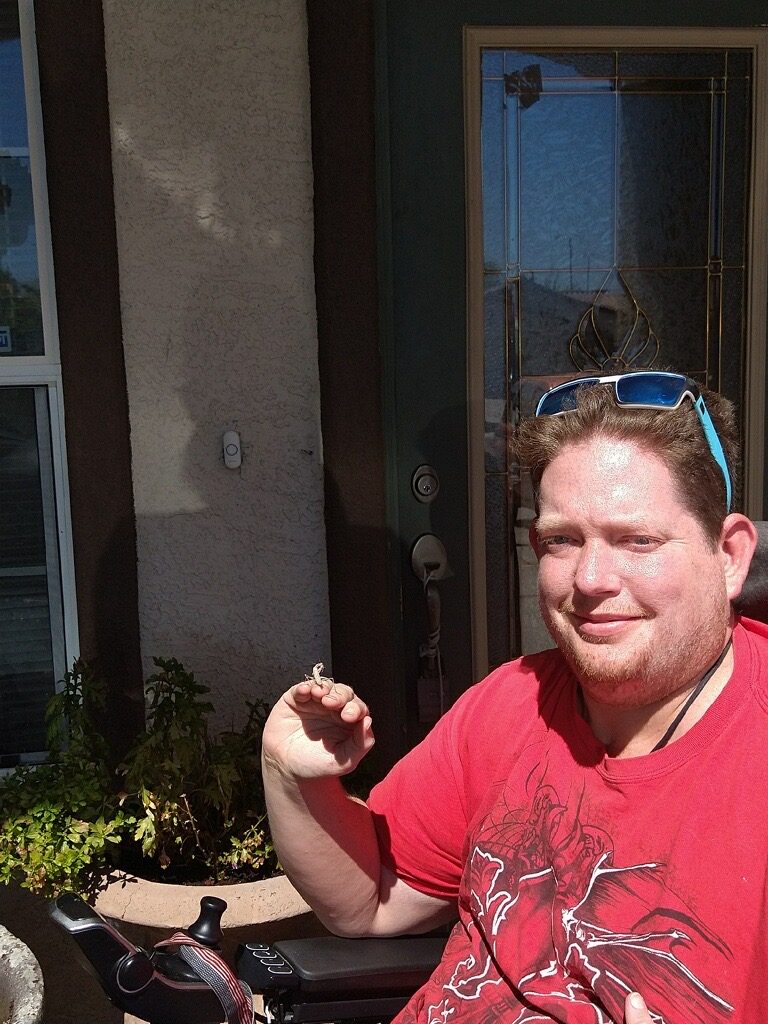 Overall, Eddie sees the ways that this incident has dramatically impacted his life both negatively and positively. On one hand, it took away his career, a relationship, and a lot of independence on simply daily tasks that he says, too often people take for granted. Specifically, he misses the quick showers and rollercoasters – oh, the rollercoasters, don’t even get me started! On the other hand, he is so at peace with the life he leads now. To begin with, I am ALIVE – thanks to my God, doctors, and EMTs that returned me from the dead FOUR TIMES. Eddie says he is especially grateful for the past 15 years of real quality time he has spent with the family that he took for granted prior to his accident. During his time in the hospital, his brother was stationed in Iraq (U.S. Army branch) and was flown back to the States to see him, bringing an American Flag hat as a gift. To this day, Eddie holds on to this hat and cherishes it dearly.

Ultimately, he has chosen to take advantage of this new life as a chance to change himself and the world. Living by the slogan I Am Normal – emphasizing that your normal is as normal as any other – Eddie is finishing up his motivational autobiography, Living the Ultimate You, and working towards a career in motivational speaking. He also set a personal goal back in November 2019 to lose 100lbs in one year. He is very excited to announce that he is over halfway there with less 35lbs to go! 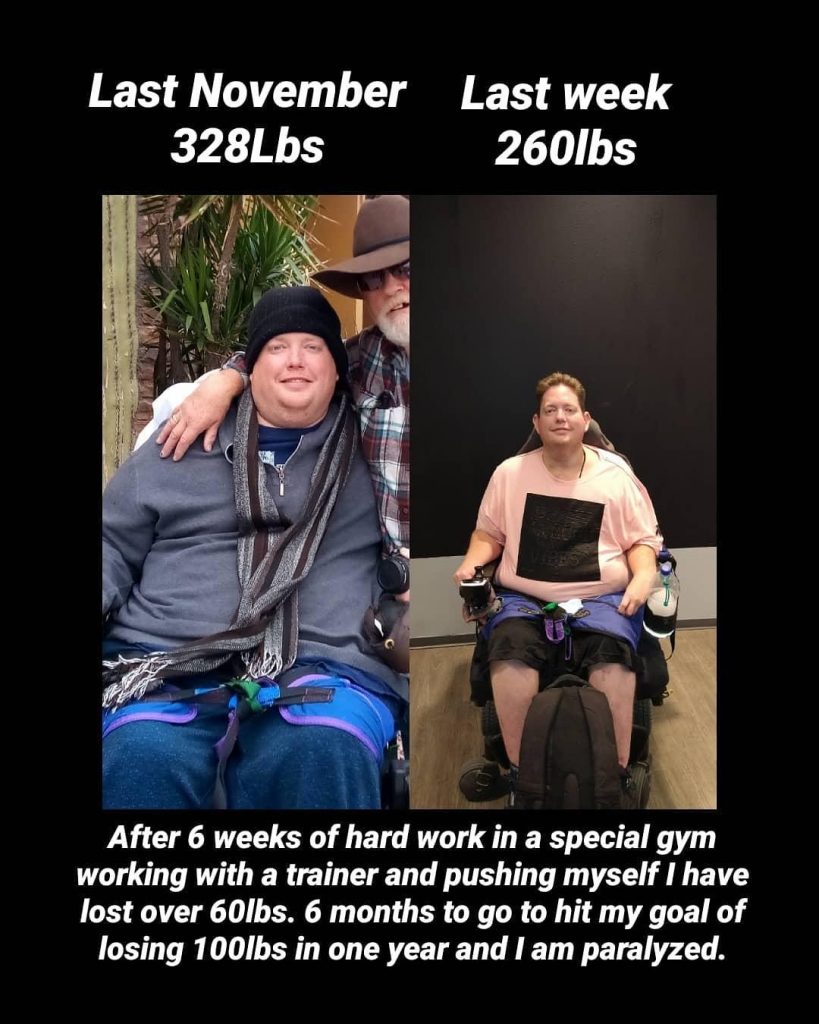 In his time at DRIVEN, Eddie has been one of the most dedicated clients we have had the honor of training. Not only is he committed to his weekly scheduled activity-based training sessions, but he comes in on his own time for the accessible gym. What I like most about DRIVEN is the family nature of the place. It seems like once you are a member and are attending there, not only are you being helped and being given support from the trainers and staff; but you are also given support from many of the other clients as well.

Besides coming to work out, Eddie’s favorite activities include accessible hiking at Wetlands Park early in the morning – the beavers, roadrunners, and all the other birds in the park – there is so much wildlife that you would never believe is right inside our city, it would truly amaze you – and going to concerts and musical festivals. I love just exploring all of my boundaries; because I don’t feel like I have any.

Lastly, Eddie has this message for the world:

Even though I am a motivational speaker and have overcome many obstacles, I am not perfect. There are many times where I need help and need a hug. So, it is alright to get upset from time to time. What is not alright is giving up. You must always keep trying to make yourself and your life better than it is today.

The next time you’re at DRIVEN, come say hi to Eddie! 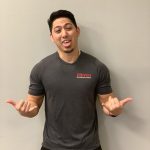 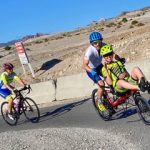