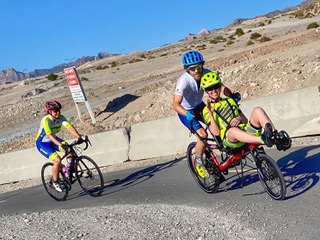 Sheila Verts, thus far, has lived her life in full spectrum. On one hand, this native Iowan bears a degree in Elementary Education, reads for pleasure, and could consider it a great day sitting on the couch just playing with her cats and dogs watching anything from Pride and Prejudice to Marvel movies. Her career evolved into the role of a Small Business Loan Officer, which eventually relocated her from Des Moines to Las Vegas.

On the other hand, Sheila loves snow skiing, scuba diving, mountain biking, and is an avid cyclist overall – with her longest ride being 105 miles. At any point in 2017, you could find her in any of the 15 countries she’s visited during her very own yearlong tour of the world. Besides her genuine love for 90s grunge music, probably one of the most fascinating facts about Sheila is that she’s managed a Vegetarian lifestyle for now over 15 years despite the many temptations presented during all her global ventures! 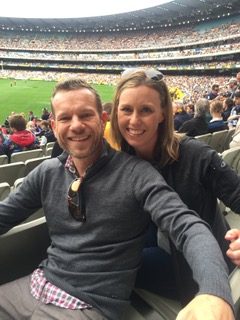 Albeit, her love for pasta, bread, chocolate, and wine certainly helped her through it – plus her supportive husband, Drew! Sheila and Drew have been married for 19 years, and he, too, shares her love for cycling, delicious food, and world-travelling. Together, you could likely find them working on jigsaw puzzles, attending Broadway shows at Las Vegas’ renowned Smith Center, or scuba diving in Mexico, Hawaii, or the Great Barrier Reef. In fact, Sheila was working on her Master Diver certification right before her impending accident. 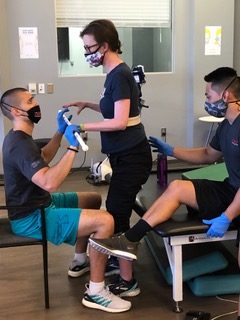 Despite their many incredible undertakings, fate seemed to have in store a journey that most don’t plan on having. In January 2019, on one of their weekly Sunday drives out to Blue Diamond for a mountain biking ride, Sheila and Drew were hit head on by an SUV at 60 mph on Highway 159. For reasons unknown, the approaching driver ran off the road, eventually overcorrecting into their lane. While Drew came out of it nearly unscathed, Sheila suffered a deacceleration/acceleration traumatic brain injury from the impact.

The two and a half weeks to follow consisted of a comatose state at UMC Trauma Center. Eventually coming to, Sheila spent two months at a long-term acute care hospital then over five months at Craig Hospital in Denver, Colorado, where she committed to both inpatient and outpatient rehabilitation therapy. Sheila finally returned home in September of 2019, and has since been participating in home therapy, outpatient rehabilitation, the Nevada Community Enrichment Program, and of course, DRIVEN. 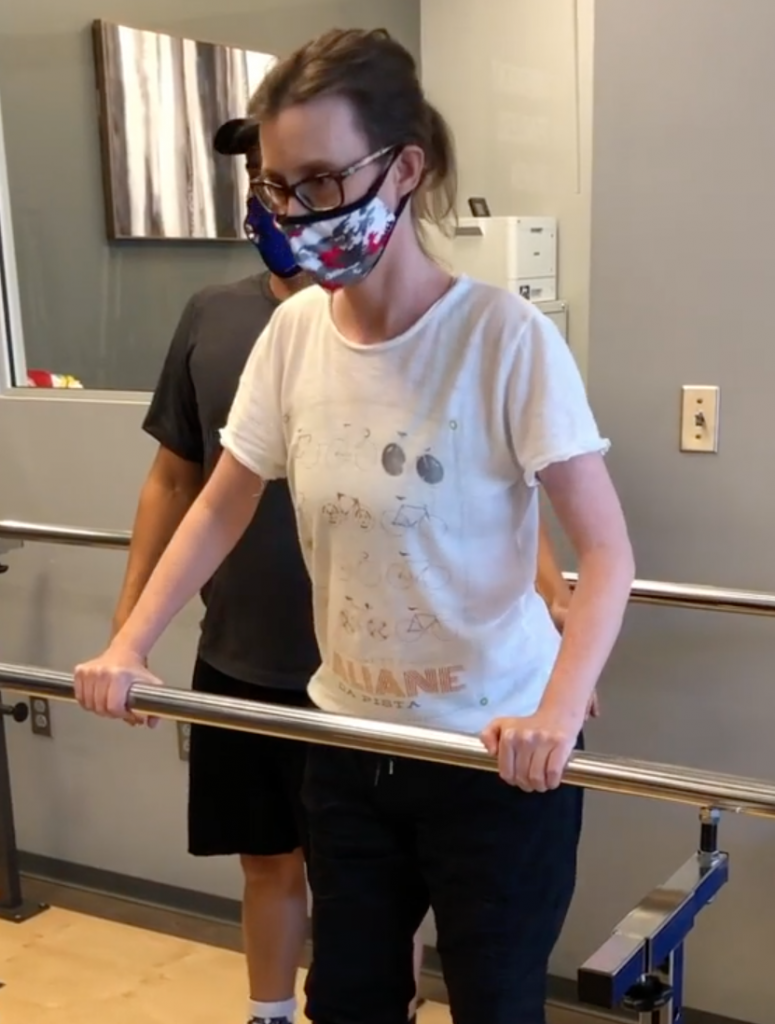 Sheila has been a member of DRIVEN since February 2020. Having only been training with us for just a few months now, Sheila’s recovery has been impeccable. Not only have we witnessed a significant improvement in her motor skills and gait, her verbalization and ability to communicate has dramatically increased. Short-phrased answers and questions from earlier in the year have evolved into full-length conversation and even hilarious quips from Sheila on a regular basis.

Sheila is a role model for the traumatic brain injury community, and continually excites and inspires our own Activity-Based Trainers. Her progress has genuinely impressed us all – and we see a lot of cool stuff here. While there is always more work to be done, Sheila has achieved lengths and we know she will continue to do so.

And in spite of everything, Sheila wants to make sure the world knows: She’s loved cats, still loves cats, and will always love cats – for as long as cats shall exist.